Sixty-three percent of CPAs who answered the 2015 tax software survey conducted by The Tax Adviser and Journal of Accountancy said at least one of their clients was a victim of tax identity theft in the 2015 filing season.

Many respondents had some difficulty dealing with the IRS in resolving the issues, with only 27 percent saying it was easy or very easy to resolve, and 39 percent saying it was difficult or very difficult. A significant percentage of respondents, 44 percent, reported that the victims were unaware of the theft before attempting to file their 2014 returns, and another 42 percent said some victims were aware of it and others were not.

More results, including CPAs’ assessment of the major software products they used to prepare individual and business returns, will be available in the August issue of The Tax Adviser and the September issue of the Journal of Accountancy.

In her mid-year report to Congress (see previous coverage), Olson found fault with the IRS’s low level of telephone service to ID theft victims and other taxpayers this year and its continuing refusal to assign a single IRS employee to each victim as an ongoing contact and to oversee resolution of the case. For three weeks in late February and early March, the percentage of callers getting through to an IRS employee on a Taxpayer Protection Program phone line was 10 percent or less. Callers who did get through had been on hold for an average of an hour during one week in early February. Callers to the Taxpayer Protection Program line were those whose returns were suspended from processing for suspected ID theft; Olson also reported that more than one-third of the more than 1.5 million returns suspended turned out to be legitimate.

Respondents to The Tax Adviser and Journal of Accountancy software survey said even more challenging than dealing with the IRS on behalf of their clients who were victimized was fielding those clients’ concerns, including complaints about the IRS’s level of service.

“They relayed stories to me of long telephone delays in getting any information,” said Mike Kimmell, a director at Mauldin & Jenkins LLC in Atlanta. Clients in some cases did not receive identity protection personal identification numbers (IP PINs) promised by IRS personnel or experienced a lack of responsiveness in other ways. “All this sounds normal to practitioners, but it is unnerving to the taxpayers,” Kimmell said.

Because the IRS does not assign a single employee to resolve each victim’s case, taxpayers must call the Service repeatedly to discuss different aspects of it, each time having to explain their plight anew to a different employee, Olson said in her report to Congress. As a result, victims “often feel like they are victimized a second time by the IRS’s processes,” she said.

That was how it seemed to clients of Lori Marrs, with Marrs Bergquist, CPAs, in Las Vegas.

“The issue was not created by them, and yet they felt that the IRS treated them as though they had done something wrong,” Marrs said. 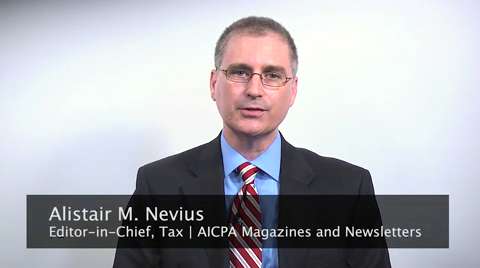 Sixty-three percent of tax practitioner respondents had clients who were victims of identity theft this year, a recent survey by The Tax Adviser and Journal of Accountancy reveals.

Solutions engineered
to save you time

Tax Practice of the Future

Get updates on tax law, products and best practices for your firm

How to Start a
Professional Tax Practice