Unable to E-file from within a return

I have been a ProSeries customer for 10 years, and for the most part, have been satisfied.  However, as our practice has grown, ProSeries and the related support and functionality is not keeping up.  This was most evident this week as I spent three days and many hours on the phone with tech support trying to sort out an issue that I was having with one particular workstation.  After three days of tech support asking me do the same thing over and over again, only to tell me that they determined my issue was a machine configuration issue and not a software issue, thus they could not help me out any longer since they were certain it was not a software issue.   I asked multiple times to have my issue elevated to a higher level tech, and each time they told me this could not be done since our other workstations were working.  We do have 10 workstations using the network version and I have been in charge of managing this system for 10 years.  While I am primarily a CPA, my IT ability is generally above average, and I knew that my issue was not a system specific issue, but rather a software/setting issue that Intuit should have been interested in sorting out since other people may have been having (or may soon have) the same issue I was having.  In connection with troubleshooting the issue, I had started this particular machine in safe mode (with networking enabled) and had duplicated the exact same ProSeries issue – thus I knew this was not a machine issue but a software/configuration issue.  While the tech I was speaking with was friendly and courteous, the higher-level tech she evidently was communicating with on Intuit’s back end (I heard nothing directly from the higher level tech nor did I have any communication with them) appeared to me to be totally uninterested in determining what my issue was or elevating it for further research.  Intuit’s lack of interest in further investigating my software issue was totally unacceptable and they should be embarrassed.  Further, they should be alarmed at the amount of time I had to spend with tech support – time that in the end was not well spent – neither for me nor for them.  I am not perfect – I make mistakes, and when I do I want to learn from them.  I want to know how the process broke down to allow an error to occur so that I can make changes to mitigate it from occurring in the future.  I want to continually improve my processes and product.  Intuit should be interested in making their product better and learning what issues users are experiencing so they can improve their processes and product.  But they were not, at least not with me over the course of the last three days.  So, with all that being said, here is the issue I was having. We e-file returns from within the return (not from the e-file view of Homebase).  This is because over the years, we have found that e-filing from Homebase can allow for both returns to be e-filed (that shouldn't be yet) and returns to be overlooked for e-filing (that should be e-filed).  So, on this one particular machine, I was unable to e-file from within a return, but I could e-file from the e-file view of Homebase.  From within the return upon e-filing, I would get as far as the acknowledgement screen showing me the red thumb with a message that the return could not be converted for e-filing and to rerun the error check and correct - yet there were no errors in the return.  Here is the solution – and the solution indeed was a software setting (not a system specific issue as Intuit tech support determined).  In ProSeries, under options, the box on this machine was checked that says “prompt to go to client status form when closing clients.”  We generally use this setting in order to make sure the client status is updated as part of our normal process.  However, as many may know from prior versions of ProSeies, when you have this option checked, you must be on the client status worksheet before hitting the e-file button from within the return.  In older versions of ProSeries, if you were not on the client status worksheet when you hit the e-file button, the software would take you to the e-file view of Homebase and then stop, and it would not try to convert/transmit the returns.  ProSeries must have recently changed this setting and the software no longer goes to Homebase and stops – it now appears to attempt to e-file and then gives you the failure to convert message.  As such, be aware if you have this option on make sure to be on the client status worksheet before e-filing from within a return.  ProSeries should provide clearer guidance on this issue.  Evidently tech support is unaware of this setting and how the software performs with this option turned on.  They never mentioned it once in all the hours I spent with them.  I hope this information can be of some value to another user.  I was indeed very frustrated with Intuit today, but more disappointed in their lack of interest in resolving the issue that I was having and further improving their product.

You may want to edit your post and embrace some paragraphs to make it easier to swallow for someone that might be able to help. 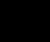 Thank you for taking the time to share this information.    It's probably a false hope that ProSeries will change the software to correct this issue.

I never e-file from within a return, and I didn't know that you could. I always e-file from the E-file HomeBase. But I don't get this part:

You can highlight in Home Base only the fed return and NOT the state, if you don't want to (and IDK why you wouldn't want to.) Please explain.

Also, please separate your posting into paragraphs. It is very hard to read.

** I'm still a champion... of the world! Even without The Lounge.
0 Cheers
Reply

aw this post and was wondering if you  have any tips on setting up proseries on a terminal server environment.

We tried but we can only access it buy login in as administrator.  If we login in as a user, we can't see the homebases.

Any guidance will be appreciated.