I HAVE A CLINT, HAVE A DEPENDENT STUDENT(he /or she was claimed as dependent last year and missed stimulus payments) ,AND DEPENDENT HAS INCOME, WILL FILE OWN RETURNS AS SINGLE. DEPENDENT LIVES WITH PARENTS FOR WHOLE YEAR, CLINT WANTS TO CLAIM HER/ HIM ONLY FOR EIC AND NOT AS DEPENDENT. OR SUPRESS  DEPENDENT THIS YEAR. CAN WE DO THAT WAY? ALSO WHEN DEPENDENT FILES THE RETURN, WILL HE/SHE BE ABLE TO GET FUTURE STIMULUS CHECK? AND CAN SAME DEPENDENT CLAIM THE STIMULUS THAT WAS MISSED? IF DOING SO WHAT WOULD BR DEPNDENT'S DEPENDENCY STATUS?

Clint wants the best of all worlds.  Clint is going to be disappointed when he finds out it don’t work that way.

Typos are allowed here but ALL CAPS is not.

Sometimes the most significant fact is the one left out of the question.  Like, how old is the (allegedly non-)dependent?  She was just 17, you know what I mean?  (Apologies to those who weren't around in 1963 and listening to the Beatles.)

I didn't realize that's who we were talking about.  My glasses fog up once in awhile if my mask isn't on just right and that's why I must not have seen her standing there. 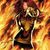 You are calling the student a "dependent" so I am assuming that is ELIGIBLE to be claimed as a dependent by his parents.

"ALSO WHEN DEPENDENT FILES THE RETURN, WILL HE/SHE BE ABLE TO GET FUTURE STIMULUS CHECK? AND CAN SAME DEPENDENT CLAIM THE STIMULUS THAT WAS MISSED?"

Where's the counter? Yet another tax preparer not only doesn't know the requirements, but is letting the client lead the parade.

You need to Know this and control the client's expectation for trying to dodge the rules.

Perhaps it would help to review what is really happening:

The funds were paid out as Advanced payment against a projection. The projection used 2018 or 2019 tax returns. But 2020 is the Actuals. You use the 2020 return to reconcile what a person is entitled to, against what they got.

If the person is not a dependent in 2020, then they would be entitled to the payment/credit as individual filers. That doesn't mean "not being claimed." It means "no longer qualifies as a dependent."

You might want to bookmark these links and read the IRS guidance.

One for each EIP.