Welcome back! Ask questions, get answers, and join our large community of tax professionals.
Sign In
Lacerte is experiencing higher than normal wait times due to Hurricane Ian. For those calling in, we appreciate your patience.
Turn on suggestions
Showing results for
Search instead for
Did you mean: 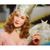 US Citizen living and working in Canada. She received Unemployment Insurance benefits from Canada. Would you report this in the usual place? I don't see anything which would suggest that it doesn't qualify for the 2020 exclusion.

How about looking at the law?

Nice of you to be so snide about it. I obviously looked in the wrong place. Hope your day gets better.

Going off on a tangent...

A good friend from college is a professor in finance, a PhD & CFA.

Twenty years ago, when students asked questions, he would explain the principles, go over the equations and do the professor things.  Students listened and did their homework.

Nowadays, when students asked questions, he would explain the principles, go over the equations and do the same professor things.  Students would complain he was mean.  Other professors, who would just tell the students what numbers or words to put in which boxes, would get high scores in the professor evaluation.


I come here for kudos and IRonMaN's jokes.
1 Cheer
Reply

I've been doing this for a very long time, I am not a student, nor am I used to asking without research. I spent way too much time on this this morning and came here as a last resort. I have no idea why I couldn't find the information I was looking for. Maybe just not enough sleep. Considering the number of returns in my office still on extension, and the crap the IRS and congress has put us through this year, your suggestion put me over the edge. It was unnecessary and unkind.

There is "research," and there is "spinning your wheels."  Mind if I ask what secondary or tertiary sources you consulted?  Here's a hint:  If a law was passed in March 2021, it's unlikely you will find much commentary and analysis only six months later.  In fact, even IRS didn't know what it meant until a month or so after some of us pointed out they were reading it incorrectly.

I have the legislation bookmarked so it took me 10 seconds to download it again and less than a minute to find the section that created the exclusion.  Since it referred to the existing Code Section 85, it took me another 10 seconds to highlight that and click for a Google search on it.  (I just discovered this year that you can do that; I'm not sure it's a new feature, or an old one I hadn't noticed.)

I could have saved time by just going directly to the Code section.  People are afraid of looking at the law, I suppose because of all the yahoos who complain about how complicated it is.  There are sections that are written in highly technical language for a small audience, but there are other sections that are close to plain English.  Don't avoid the Code but then claim to have done research.  If the Code doesn't answer your question, go to the Regulations if there are any, and then the other IRS pronouncements found on the irs.gov website.  Even IRS publications can be helpful, especially if their contents help your client.  The last resort is a Google search.

I went to the IRS website, which is always my first look up.

I honestly don't need to be educated, to explain myself to you, nor do I have time to keep going on this. I'm sure you have better things to do as well.

Thank you for having it bookmarked. In the future, if you want to ignore any of my postings, please feel free.

I went to the IRS web page for “Tax Code, Regulations and Official Guidance,” which says:

However, that page adds:

CAUTION. The version of the IRC underlying the retrieval functions presented above is generated from the official version of the U.S. Code made available to the public by Congress. However, this version is only current through the 1st Session of the 112th Congress convened in 2011.

Of course, that’s not true. The version is updated through at least March 2021. It’s just that the IRS website hasn’t been updated in the last 10 years. And that’s why it should be the last place you go first.

"Items of income of a resident of a Contracting State, wherever arising, not dealt with in the foregoing Articles of this Convention shall be taxable only in that State, except that if such income arises in the other Contracting State it may also be taxed in that other State."

So does that apply to unemployment compensation?  That would mean your question isn't about the $10,200 exclusion, but an exemption of the total amount even if more than that.

There's an interesting Tax Court case from 2017, in which IRS argued that unemploymnent was indeed "other income" under Article 22, when it involved a Canadian collecting U.S. unemployment.

Below is an excerpt from an article titled What Happens if H.R. 1 Conflicts with U.S. Tax Treaties?
by Erika K. Lunder, Legislative Attorney, for the Congressional Research Service, dated December 19, 2017.

Now, bear in mind I'm NOT an attorney.  Nor am I interested in researching further, beyond the freebie I got from the internet.  If I were to research further, I would go straight to the horse's mouth, i.e. the constitution, Constitution Annotated, and then the related explanations and/or case law.

For tax research, what better horse's mouth than IRC and the regs?  That was how I learned it from way back when.  In fact, I was drafting a response about how Section 9042 of the American Rescue Plan Act of 2021 referred to Section 85 of the IRC, and how the exclusion was added as Section 85(c).  I got to the part of "also check the treaty" when I saw the subsequent posts, and decided NOT to post mine.  Had I posted it, I would have been a Snide Bother of your...

Anyway, short story long, Bob, I disagree with you on you saying, that Treaties are the Law of the Land.  To me, conceptually, treaties are binding agreements between the U.S. and the signing countries.  The power to sign the treaties is a function co-handled by the three (mostly two) branches, and should still be subject to the Constitution.  Imagine a crazy situation when a treaty traded away our basic rights.  I don't think the Constitution would allow it.  But then, conceptually.

Posted while editing....  Of course it should say:

Anyway, short story long, Bob, I disagree with you on your saying,.....

The treaty-power cannot purport to amend the Constitution by adding to the list of Congress’s enumerated powers, but having acted, the consequence will often be that it has provided Congress with an opportunity to enact measures that independently of a treaty Congress could not enact; the only question that can be raised as to such measures is whether they are “necessary and proper” for the carrying of the treaty in question into operation.

The foremost example of this interpretation is Missouri v. Holland. There, the United States and Great Britain had entered into a treaty for the protection of migratory birds, and Congress had enacted legislation pursuant to the treaty to effectuate it. Missouri objected that such regulation was reserved to the states by the Tenth Amendment and that the statute infringed on this reservation, pointing to lower court decisions voiding an earlier act not based on a treaty. Noting that treaties “are declared the supreme law of the land,” Justice Holmes for the Court said: “If the treaty is valid there can be no dispute about the validity of the statute under Article I, § 8, as a necessary and proper means to execute the powers of the Government.”

I agreed treaties belong to the supreme law of the land.  The question is whether they are superior OVER the constitution.  I inferred you seemed to say yes - and correct me if I was wrong.  I disagreed.

Again, ” The U.S. Constitution provides that the Constitution, acts of Congress, and treaties are 'the supreme Law of the Land . . . .'"

In the cited case, Treaty was superior over the (otherwise constitutional) statue, but NOT over the constitution.  I think there was a distinction from what I inferred you suggested.

@joshuabarksatlcs "Treaty was superior over the (otherwise constitutional) statue,"

You mean statute, but your spellchecker might not have understood.  But that is not what that case was about.  The treaty allowed the government to take action that would have been unconstitutional if only allowed by statute.

RE: Statue v Statute: Sloppy, I.  Will NOT blame it on spell check.  As my 3rd grade teacher once told me:  "Your grammer is okay, your speeling so-so."

RE: Reading of the case: RUI.  Blaming it on the Bourbon.  You had a good point.  Mea Culpa on my comprehension of the article.  I'll read a little more on the topic.  Very interesting point about Treaties, nonetheless.

"The treatymaking power is an extraordinary power, liable to abuse. Treaties make international law and also they make domestic law. Under our Constitution, treaties become the supreme law of the land. They are, indeed, more supreme than ordinary laws for congressional laws are invalid if they do not conform to the Constitution, whereas treaty law can override the Constitution. Treaties, for example, can take powers away from the Congress and give them to the President; they can take powers from the States and give them to the Federal Government or to some international body, and they can cut across the rights given the people by their constitutional Bill of Rights.”
--John Foster Dulles in his Louisville, Kentucky speech of April 12, 1952.