Anybody think the tax plan in progress (Feb-21) will have any changes to the 2020 tax filing?

I can't imagine that it would, at least not to any significant affect.  While it could be possible to have some seldom-used provisions that would be retroactive, the mainstream part of it would not take effect until 2021.

But I am a bit curious.  Since so many folks think he lost the election and isn't the real president, will they accept any benefits that come their way or will they refuse them since he isn't their president?


Ukraine - hang in there
6 Cheers
Reply

I did see on a different list-serve that there IS discussion of declaring some/all of the Federal $600/week unemployment to be non-taxable and yes, for 2020.

I swear if that does pass at this late date I am going to shut down my practice until April 1st in hopes that by THEN they will have stopped with this last minute/after the fact crap.  And I'll just put everyone on extension and disappear for a few months.

But I am a bit curious.  Since so many folks think he lost the election and isn't the real president, will they accept any benefits that come their way or will they refuse them since he isn't their president?

You must not have got the QAnon message 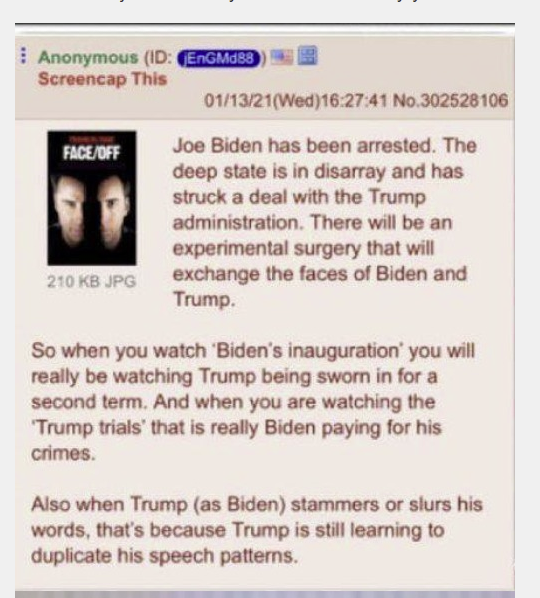 April 1st?  But you might miss out on being part of the tax professionals storming of the Capitol Building if you are taking off until then.


Ukraine - hang in there
2 Cheers
Reply

@Just-Lisa-Now-  - yeah I missed that.  But I don't follow stuff that is way, way out there.  I spend my spare doing worthwhile things like tracking Bigfoot and the Loch Ness Monster.


Ukraine - hang in there
2 Cheers
Reply

I did see on a different list-serve that there IS discussion of declaring some/all of the Federal $600/week unemployment to be non-taxable and yes, for 2020.

I REALLY hope that Congress isn't stupid enough to retroactively do that at such a late date.  I have not read about that, but I suspect that the "discussion" will just be that, and not make it to law.  There are countless "discussions" about things, but the vast majority don't make it to becoming the law.  But with the ongoing stupidity of politicians, who knows what will actually happen.

Just-Lisa-Now-
Level 15
I miss bigfoot and the loch ness monster those were fun ones!

Just a proposed bill means nothing.

But I think it is funny that the Senator said he was "proud" to introduce that legislation ... almost a YEAR after the CARES act passed that expanded and extended unemployment.  I would be embarrassed if I were him.

Thank you for this!!

I will be setting aside the returns with unemployment income for the moment.

I need to check in with this gang more often...

I need to check in with this gang more often...

If only for the laughs & sparkling repartee.

There's precedent for excluding part of unemployment benefits.  I think the amount was $2,400, back in 2009.  But pay no attention to the headline grabbers, who should just stick with their committee work.  Not only would it mess up IRS, but many states that use federal AGI as a starting point for taxable income.

The sense of the Senate was that taxpayers with "higher incomes" should not receive EIP#3, but of course none of the people making $174K a year wanted to define that amount.  The number $300K was thrown around, and I thought, where have they come anywhere close to that?  But I don't remember how EIP#1 and EIP#2 were computed for families with a dozen kids.  Maybe the income cutoff was that high, for them.,

Then there's the guy who invented Obamacare, back when it was promoted by conservatives like the Heritage Foundation, and installed it in Massachusetts.  He recently popped up in Utah, promoting universal income for families with children, some or all of to replace EIC and CTC.  That's the kind of Marxist Socialism we may see later this year.  Unity in the Senate, brought to you by Mittens and Mitt.

In terms of EIP3, I'd think they should go with MAGI instead of AGI.  It is unusual for benefits such as this to be computed on AGI and to think that they didn't find it important enough to address not once but twice in spite of the fiscal impact.  I tend to think there wouldn't be a third time.

What are you adding to AGI to get MAGI?  Untaxed Social Security benefits?  There goes the AARP vote.  Then there are VA benefits.  You're going to cut off the guys in the Soldiers' Home?

I should have been more specific.  MAGI is defined differently, depending on the code section.  I was referring to §911 exclusions, which are substantial.

I figured you were living in your own little world.  Or rather, your own big world.  But now I look forward to raising a fuss, to see if I can get IRS to enact legislation without the benefit of Congress, as it did with decedents and inmates.

@BobKamman  I'm not the only one who noticed that you're in the habit of speculating about people you don't know.

As the philosopher Rodney King once said - can't we all get along?


Ukraine - hang in there
6 Cheers
Reply

Apparently, no, not all of us. Some of us seem to find personal statements about others to be necessary, instead of pausing before hitting that reply button and reconsidering that reply.