Welcome back! Ask questions, get answers, and join our large community of tax professionals.
Sign In
Authorization Error when signing in to Lacerte, see the resolution here.
Turn on suggestions
Showing results for
Search instead for
Did you mean:

Is it really necessary to separate rental expense for each property on form 8825?

I have long been thinking this question, is it really necessary to separate rental expense for each property on form 8825?  The reason I'm asking this question is because many of our clients don't want bother to keep separate bank account for difference property and lump income and expense for different property all together without any kind record to track which expense is for which property. It's really a headache for me to try to allocate those income and expense properly.   On the other hand, I don't see is there any difference if i separate the expense or just pool them together and put only one property address on form 8825. Of course I did separate the property basis because it will be needed when the property is disposed. But how about other expense?  Any thoughts is greatly appreciated.

For tax purposes, if it was on page 1 of Schedule E, yes, it needs to be separated because it can affect the passive losses when a property is sold.

For tax purposes for a S-Corporation or Partnership, I can't think of why it would matter.

For general accounting and business purposes, your clients should WANT to know how each property is doing financially, and keeping expenses separately would be necessary to do that.

Separate bank accounts?  Who gave them that idea?  Although maybe they went to some seminar where they were told (except in California) about the false security of separate LLC's for each property.

How hard can it be to keep mortgage interest and property taxes separate, by property?  So what else do you have?  What they call "repairs and maintenance" and which an IRS auditor is going to consider "capital improvements."  They are too lazy to give you a total by property?  Are you OK with them telling you $10,000 for five properties, when it turns out to be (as you later explain to the IRS auditor, who just looks at you funny) that it was $8,000 for a new roof on one place and $2,000 combined for four others?

I have used Quick Books and classes to separate income and expense for multiple rental properties, although the asset accounts for a balance sheet don't work so well, but most times you won't care since a separate Fixed Asset will be used for each separate property.

** I'm still a champion... of the world! Even without The Lounge.
2 Cheers
Reply

ps Look up code section 469 and "Complete disposition of taxpayer's interest in the activity" for purposes of utilizing any or all of the un-allowed passive losses.

** I'm still a champion... of the world! Even without The Lounge.
5 Cheers
Reply

First of all, thank you for your reply.  And I did considered the passive loss issue. However, when all properties were under one roof( S corp or Partnership) , their income and expense will offset with each other in the business level , right?  Eventually it will result one single outcome:  passive gain or loss no matter whether you keep separate income/expense for each properties within that business.  It is on the individual level where we have the passive loss issue. Did I miss something?

This is a bit confusing; would you describe that you or your client should be allocating? You "try" and they can't be bothered?

How do you enter the number of days rented, as aggregate? For financial management purposes, how do they know if a property is performing or not? What happens when they try to sell one, and cannot give the numbers to a potential buyer?

Thank you for the reply. I'm sorry maybe I didn't make the question clear.  My question is mainly focus on tax purpose. I'm worrying if there is any consequences for just pooling those expense on form 8825.

For tax purposes, if it was on page 1 of Schedule E, yes, it needs to be separated because it can affect the passive losses when a property is sold.

For tax purposes for a S-Corporation or Partnership, I can't think of why it would matter.

For general accounting and business purposes, your clients should WANT to know how each property is doing financially, and keeping expenses separately would be necessary to do that.

Exactly, form 8825 is for S corp and Partnership to report rental income.  8825 will sum all net income or loss from each properties anyway.  That's why I'm asking is it really necessary to separate income and  expense on 8825. I think this is the answer?

From the Form 8825 Instructions: 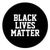 I agree with Bob - for my entities with multiple rental properties, I have my options set so that the 1040-level taxpayer can aggregate or not according to any elections they may have made. Otherwise, passive losses can get stuck until everything is entirely disposed.

Thank you for the reply.  I understand your point, but my question is combining properties, not activities.  For many of my family owned small partnership clients, they only have one rental activity although with many different properties. The 8825 instruction does say   "Although the partnership has only one rental real estate activity for purposes of the passive activity limitations, it must report the income and deductions for each building in separate columns."  But why? Why this is necessary?

Mark, you will still have a problem at the 1040 level, if you have a net loss before a sale. Unless the sale of one(or more) properties in a particular year has more gain than all of the combined suspended losses, you will not be able to use much of the losses until all properties are sold.

If instead you kept them separate, and they each had $33k of loss, and you sold A for $10 gain, the 33 losses in A would no longer be passive and all used in year of sale. Net gain/loss will be (23).  Suspended losses will be 67.

** I'm still a champion... of the world! Even without The Lounge.
2 Cheers
Reply

I see your point. But what if a partnership  have multiple properties but are same type, IE. all residential rental house. Does it count as one activity for passive loss purpose? If so, then there is no difference whether we separate each properties.

I have a question about this topic.  For some reason, I had stuck in my mind that all rentals within a Partnership or S-corporation were counted as ONE activity and couldn't be separated.  Apparently that was wrong.

However, I am still missing something.

The instructions give two scenarios.  The second one is where they are separate activities.  But for the first one, it says:

"For purposes of the passive activity limitations, the partnership grouped both buildings into a single activity".

Question #1:  Isn't the passive activity limits on a individual basis, rather than on the entity level?  If so, I don't understand HOW the Partnership could group them.

I have the same question. If a partnership only have one type of real estate, it will be grouped and counted as one activity for passive loss purpose. In this situation then, again we go back to my question, why do we need separate each property?